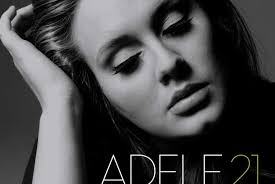 I missed posting on Wednesday because #1, it was a really busy day for me, and #2 my mind could not remember the awesome thoughts that I really wanted to write about. I could see them in my mind but I could not pull them from my memory shelf!  Does that ever happen to you?  I didn’t write notes and tried to rely on my own memory!  That is not good these days.  I cannot allow that to happen again.  I have to remember that my Samsung Galaxy III has a tape recorder!

I Love that song by Adele, ‘Someone Like You’.  It’s actually a lesson in life that many of us find ourselves in at one time or another.  Although a beautiful song, It tells the story of a pathetically  sad heart singing about a lost love who she had heard  had found a new love and was now married. How many of you has that happened to?  I know of too many to count, including myself. Many of us has had a  love that got away.  In my case, I learned that that particular person was not meant for me in the first place.  However, at the time, I could have been the one writing ‘Someone Like You’. At that time, I wanted to lay down and ‘die’ my heart was so broken. The worst thing was it was not the last heartbreak for me.  In the song, she realized that his dream of finding true love had come true.  It was obvious that in their past, they had talked about a future together, and she had hoped that he would be ‘the one’.  She now realized  that although the dream of true love had come true for him,  it was not something that she could give to him.  He had obviously found it easy to move on to someone else.  How did she find herself in such a position?  She probably hadn’t realized that  the blame was all hers because she had left her heart in the wrong place…

Sadly though,  she wanted to see him one more time to remind him of what they had. “Old friend, she thought,  why are you so shy?  Ain’t like you to hold back or hide from the light.”  She even considered just showing up in his presence, ‘out of the blue uninvited’ because she could not fight her urge to just see his face one more time. She wanted him to know that for her, it was not over.  So sad…. Didn’t she realize that the man now was married?  She was no longer an interest to him. He had moved on, AND he had a wife…I am sure she wondered ‘how could this happen to me?’  I know I did…you did too, didn’t you?

A person who has learned that its is not the circumstance that happened, but the reaction to that circumstance would realize the futility of this mission and spend some time allowing themselves to grieve…for a moment, then move on with their lives.  Stuff happens. I know… I’m making it sound easy.  Life is hard when you are in that place, however.

But somewhere in the depths of her soul she must have somehow discovered that it was futile to go there, yet at the same time, she wanted him to know the power that he held over her… (as if it would make a difference).  She vowed that she would find someone like him…’  She  wanted him to know that she wished only the best for him, but please ‘don’t forget me…’  She begged him. She wanted to feel that she had been important to him.  She remembered those famous words that he had whispered in her ear back then…actually had warned her, but the magnitude of the warning of those words didn’t dawn on her until now…”Sometimes it lasts in love but sometimes it hurts instead…”  Many times men warn us, but we don’t hear them.  We only hear what we want to hear.   What we have to learn is to listen…and believe them….believe what they say.

It’s a struggle to get past hurts, especially when  your heart is involved.  However, getting your emotions under control and learning that it is not the circumstances that happen to us, but our reaction to those circumstance is key. Oh how I wish I knew then what I know now…BUT…life is about learning right?  It’s all about the experiences in your life that make you who you are today.  Those hurts that you experience are teachers…they make you strong.  The hurts that Adele must have experienced made her a million dollar song.  The hurt that I might have experienced gave me something to write about in this blog…lol…

My goal is to give you pause to think.  If you find yourself in a situation today….Valentine’s Day…If you find yourself feeling alone and lonely, try and remember that your reaction to your situation determines your outlook.  Change your outlook and you will change your life.  There is so much more out there in store for you.  Go out there and get it!  Leave the past behind.  Live in the present. Let the future take care of itself.  Get up and get dressed.  Go somewhere and have yourself a good time at some nice restaurant…yes…you can even go by yourself or invite a friend if you like.  But don’t sit around just because he’s gone.  You are worth so much more than that.