It’s been a long while since I’ve added any content to my blog. Without going into a sob story, just suffice it to say that, like many of us, life happens and sometimes its not gentle in its dealings.  Trials are like that.  I read somewhere that we are either in a trial, going into a trial or coming out of a trial.  No one is immune.

I don’t know when it happened but resulting from some of these trials, some negative thoughts and views had positioned their way  into my life and prevented me from writing for almost two years. Without going into detail, I found myself with no clarity of what my purpose was.  The writer that I was had suddenly gone away. I felt rejected and questioned who I was. In the past I had  written blogs and even published my first novel in  2012 but suddenly, I began to avoid writing, making up all kinds of excuses to myself. I felt uncertain and unsure of myself and  had begun to operate in doubt and fear and  felt inadequate to write. I felt that I had even lost my voice to even tell myself not to listen to the negative thoughts in my head.  I never let on my stinking thinking to my family and they never asked me when I was going to publish those books that I had previously been so excited about and determined to write.  I was not willing to be honest even with myself about the thoughts and feelings that I had, and I avoided the conversation when anyone did ask.  I would even lie (yes, I lied) sometimes and say I was working on another manuscript when the truth was I couldn’t even open up the file that held the notes to my manuscripts.

A few months ago I started a 12 week  small group discipleship class  given by the counseling department of one of the large churches in the area, ‘Equipping Our Hearts to Grow in Grace’ .  It began a memorable experience that is allowing me to grow in grace and provided me a safe place to learn, grow and share my thoughts without the need to seek favor, compete, have fear of being judged or criticized.  There I learned to recognize some hindrances in my life that prevented me from experiencing abundant life. I learned that I had to change some thoughts, some views and behaviors in order to overcome those obstacles and learn to love myself again. The discipleship class helped me to overcome rejection and its residual emotional wounds.

In the class I examined why I struggled with moving ahead and the influences that made me feel stuck and shaped my belief system to the point that I believed that I couldn’t write anymore.  I was able to get back on the right track by recognizing where I was at that moment in time and learn to move forward.  I had experienced some disappointments in my life and then started remembering all the baggage of disappointments from my past. It overwhelmed me, I began to tell myself that all the bad things and disappointments in my life had happened because God must have been punishing me.  I found myself dwelling on all the wrongs that I may have done to deserve the position that I found myself in.  I felt that I didn’t measure up and  hopeless that my circumstances would never change.  I was secretly depressed, emotionally guarded, but hid it from those close to me and suffered in silence. I must have done a great job because many people told me that they admired how strong I have always been and it seemed that I always ‘had it all together.’  What I learned in a nutshell was that when I based my identity on what other people thought of me, I was virtually trusting that person with my identity.

I recently joined another wonderful group on Facebook called the ‘Content Strategy Lab’ where we share ideas, ask for and receive feedback, experiment with content for our brand and provide a safe place to test our ideas, and sometimes even blow stuff up which is what sometimes happen in labs, as our group leader, M. Shannon likes to say.   Each week, we have ‘Kick Monday’s Ask’, where we get the chance to ‘Ask’ for what we need, then watch what happens.  We have “What’s Up Wednesdays’ where we get to brag about the good things happening in our business and to share any ‘badassery’ news with the community.  Every day is a day for learning something new and sharing online seminars, webinars and all sorts of awesome goodness.

One of the upcoming events in January is our 2017 Word of the Year Virtual Party where we are encouraged to forget about New Year’s resolutions and choose to FOCUS instead.  for the past couple of years  I had been feeling  confused, perplexed, unsure, and unclear of why it was so difficult to sit at my desk and write.  After joining The Content Strategy Lab and the Discipleship Class, they, together have given me encouragement and food for thought for the upcoming year.  I chose the word ‘Clarity’ because  that one word would sum up who I want to be (a writer) and how I want to live my life (in Clarity) and focus on every day. The dictionary declares the word ‘clarity’  as having the quality of being clear, coherent and intelligible.  It is having the quality of being certain or definitive, and of being transparent. This one word will not only shape my year but it will  shape me as well.  This one word will become my compass that will direct my decisions and guide my steps as I receive my Clarity of purpose in writing again. 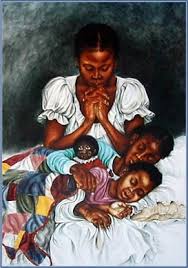 My mother was a praying woman. We would find her praying in the morning, in the evening, and always  whenever we left the house to travel whenever we were faced with trials in our lives. She even prayed  when we told her about some triumphant moments that occurred in our lives.  We knew that no matter what,  our prayer lives were covered and we felt safe because our mother prayed for us.  Recently I read somewhere that ‘Faith is like a toothbrush:  use it every day but don’t use someone else’s.”  John Mason

We depended on those prayers of our mother and when she died we were in a panic because we were thinking about ‘who did we have to pray for us now?‘  Many of us based our faith on what our mom believed instead of having that faith in God for ourselves. We had to quickly learn that faith  works  when we believe.  It’s kind of like allowing someone else to eat something and tell us how good it was. We can take their word for it that it is good,  but unless we taste it too, we will never really know just how good it really was.

The Bible says, ‘Oh taste and see for it is so good!’ God can certainly use other people to  reach out to us and lead us to Him,  but we must believe in Him because we have been convicted in our own hearts that He is who He is.  He wants to have a personal relationship with us.

We had to learn how to pray for ourselves and for each other.  As the oldest sibling,  I promised my siblings that I would hold us together and do whatever I needed to do to keep us together.  I had to learn how to have that vertical relationship with Christ in order to stand in the gap just like my mother did all through the years.  I find that I am in constant prayer and I am praying even now as I am writing this article because there are issues that I need Him to handle.  I have found that all of us have developed a stronger prayer life and we learned that from our mother.  We have found that it keeps our bond strong.  It does not mean that we never have issues by no means.  But it does mean that when problems arise we know that there is a God that is bigger than us who can handle our problems. 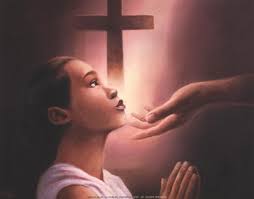